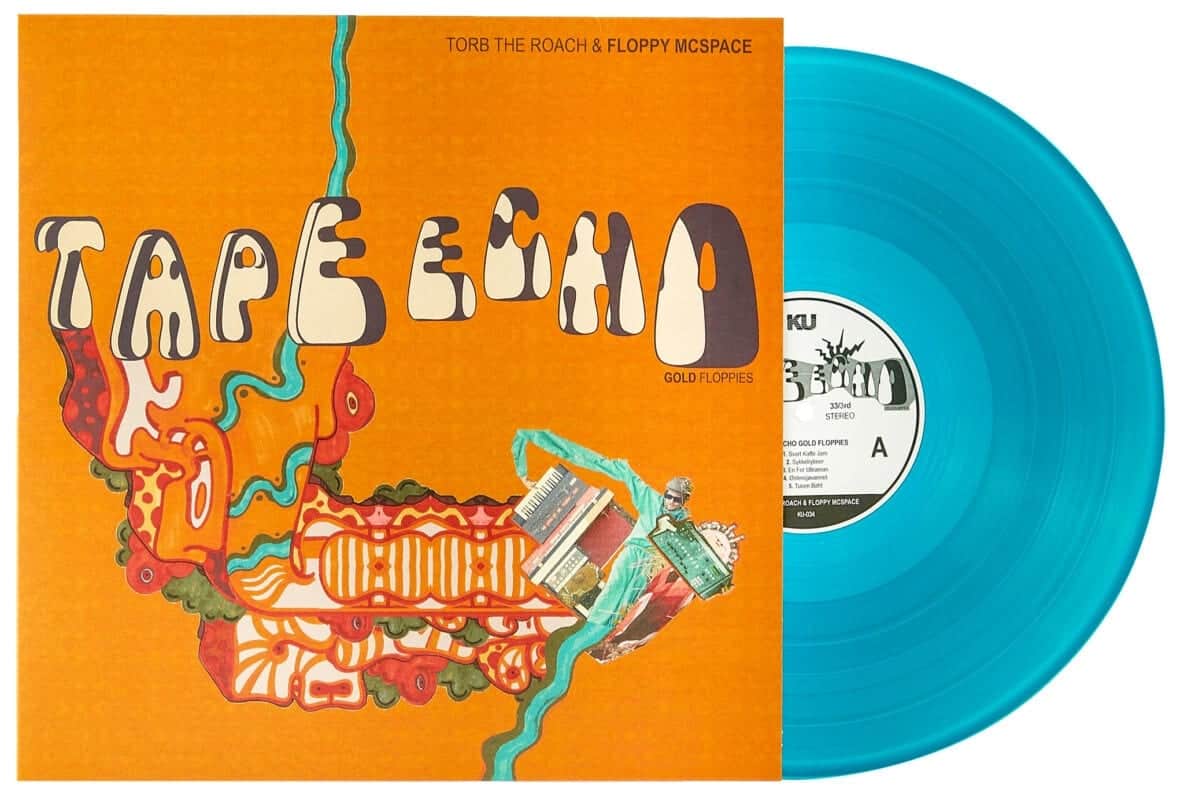 Torb announces a repress of his debut album,

Floppy Mac Space is a mountain hermit who loves coffee, knitting, and talking to neighbourhood animals. In his free time, he collects sounds from his environment—the sound of fires and chopping wood—which he then turns into woozy beats that he bakes into floppy discs and sells from a small cabin near his home. Like any young creative, he has a corporate nemesis: Supermonster, the CEO of big-box retailer Full Flop, who moved into Mac Space’s small town, intent on undercutting Mac Space’s business by selling cut-rate beats on flimsy floppies at radically reduced prices. The two have been locked in battle for two years now, a classic struggle between art and commerce.

Floppy is the creation of Torbjørn Flopperud, an Oslo, Norway native who has gone by a number of aliases since he first got involved in the hip-hop community: T-Killa, Torb The Roach, and now, Floppy Mac Space. Flopperud’s induction into hip-hop began when he started breakdancing under the name T-Killa around 1999. He quickly made a name for himself on the European competitive circuit. As a b-boy, he was known for his improvised up rocking, and his style emphasised breakdance’s close kinship with more “traditional” forms of dance. At a time when many were focusing on power moves, Torb won battle after battle with lithe, rhythmic maneuvers. When the scene became increasingly interested in energy drink-driven acrobatics, Flopperud lost interest, turning his attention to making music instead. “I was very into [breakdancing] for a good 15 years,” he says. “Now, I just focus on having fun, digging for new sounds to get down to with my friends in Oslo.”

By the time he started producing, he had already switched his name to Torb The Roach, which he says “came from my [b-boy] crew, The Kakaroaches.” He released his first single under that name in 2016 on U.K. label KingUnderground Records. The song, titled “Hembrent,” immediately established his sound; a blend of lo-fi loops, spacey sound effects, and electro flourishes. Interestingly, the single’s cover art features a photo of Floppy Mac Space, even though the character would not be officially introduced until the “duo’s” debut, Tape Echo – Gold Floppies, in 2017.

Tape Echo – Gold Floppies was accompanied by a short film that lays out Floppy’s origins, and introduces the character of Supermonster and the war between Floppy and Full Flop. In the movie, Mac Space’s DIY get-up (highlighted by a sun-like crown adorned with floppy discs) is worn by a stand-in who could interact with Torb making the character more convincing. “Floppy just came to me naturally and he’s been there ever since,” Torb says. “He’s a heavy-hitter on drums and bass, and a real floppy disc master. Some say he was sent from a galaxy far away by the almighty Treeman, an Oslo underground wizard.” Tape Echo – Gold Floppies reveled in dusty, obscure samples of old East Asian records, and its plentiful use of breakbeat drums. (See “Tusen baht” and “Tokyo” for prime examples of the sound.)

Now comes Torb The Roach & Floppy Mac Space’s sophomore offering, Square Wave Adventures, which marks the next step in Torb’s production skills. Relying less on chopped-up samples and more on vintage synths, Square Wave is the natural evolution of the Norwegian mad scientist’s already distinctive sound. The album also serves as the soundtrack to a fully realised 8-bit video game, which continues Floppy’s crusade against Supermonster and his artless, mass-produced Muzak. “The video game is a continuation of the universe in the Tape Echo – Gold Floppies movie. It’s a collaboration with Nilski from Stockholm, who programmed and designed everything. We were working on it daily for about 10 months. Nils really killed it with all the details and crazy levels. [It’s a] unique way to experience an album and a good tribute to ‘80s and ‘90s arcade games.”

Square Wave comes armed to the teeth for that battle: “Varm Luft,” Danish for “Hot Air,” combines warm ambience and playful blips and boops; “Firkantbølge” is a clear homage to ‘80s hip-hop with its soul claps and dominant bassline. And while Flopperud could have simply produced his brand of heavy groove music under his Torb The Roach alias, Floppy Mac Space gives this Norwedish knob-twister an outlet to explore his more eccentric ideas. Although Floppy has managed to best the insidious Supermonster on film and in 8-bit, the question now is: Will the colorful character triumph against the plastic tunes churned out by big, soulless labels in real life?

‘Square Wave Adventures’ is on vinyl.