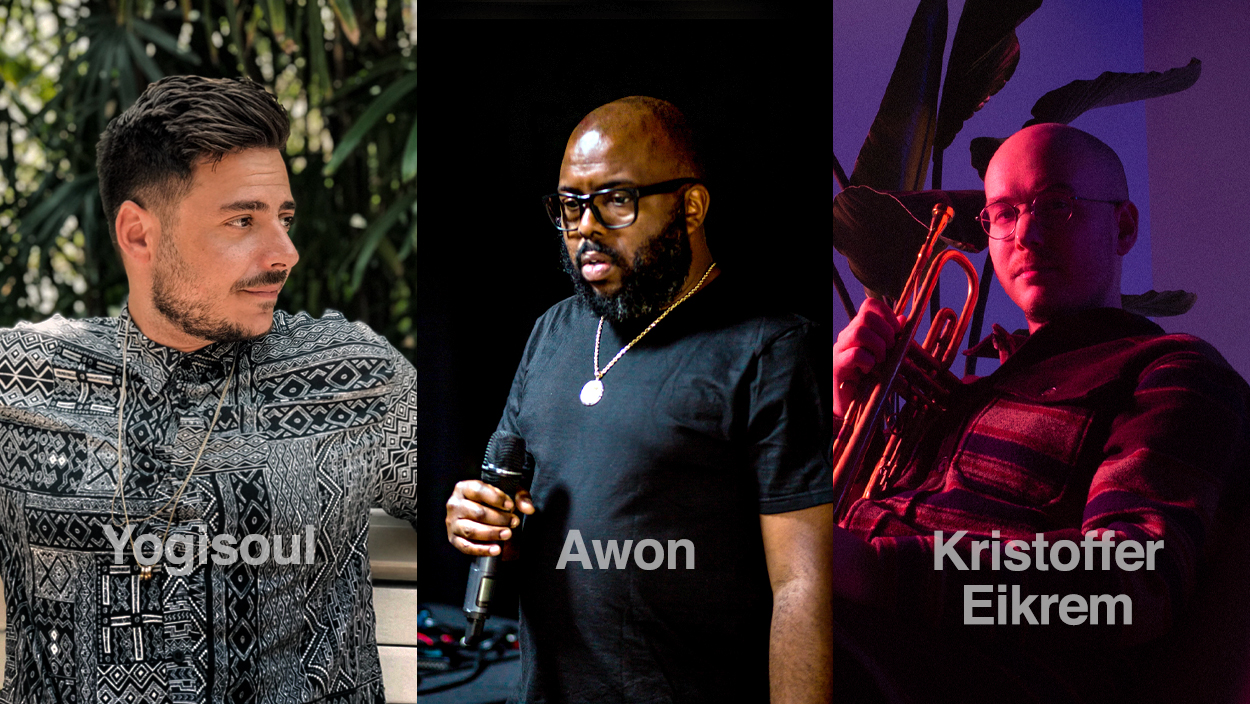 Awon and Yogisoul return for their first KU collaboration since 2016, on the upcoming compilation ‘Strata’.

While most of the tracks on ‘Strata’ are instrumental, there are some standout rap performances on the compilation as well. Co-founder of Don’t Sleep Records, and Virginia-based emcee, Awon is always butter on the mic and the production for “Salute” had him out to make a statement.

“I believe the only thing on my mind was hunger, I was just hungry. I wanted to destroy the mic, I wanted to just make it raw and drop the mic when I left the stage, at least that’s what I imagined if I ever performed it for a live audience. I just wanted people to hear the skill and passion for the craft of emceeing that I have.” – Awon

“Salute” is produced by Oslo, Norway-based producer Yogisoul, who featured Awon twice on his 2016 KU release, ‘By Nights’. Their previous collaborations presented clear chemistry and a desire to create more music together.

“I still remember Awon instantly reacting and wanting to use the beat. He came back with raps on the track within a couple days of me sending it to him.” – Yogisoul

It’s no surprise that the familiar ingredients would once again come together to create something that you want to consume on repeat. It’s not just that they are both skilled at their craft, it’s a mutual respect of energy brought and desire to get better.

“I loved his (Yogisoul) optimism and the fact that he pushed me to get the best performances he could out of me. He helped me understand what a vibe truly is, I appreciate him for that. Reconnecting for Salute was a no brainer, I truly respect his work and passion for making the best music possible.” – Awon

The extra layer and flavor on the track is the trumpet feature by Norwegian composer Kristoffer Eikrem.

“We both loved Eikrem´s contribution and felt like the muted trumpet made the track feel finished.” – Yogisoul

The trumpet in the production speaks to the sentiment of Awon’s lyrics of paying homage to those who have laid the groundwork for art that will inspire generations to come.

“I don’t know why the beat made me think of Tribe, specifically Phife and I wanted to pay homage to him, and the others who passed and paved a way for my sound. So amongst the braggadocio there is a true sentiment of appreciation for the heads I admired growing up nestled into the lyrics. The delivery is also a little more urgent than the other records that we did. I hope people can appreciate that” – Awon

The instrumentation and production from both Yogisoul and Eikrem matched with Awon’s delivery blur the lines of classic and fresh. It commands attention subtly through its play between the keys and the flow of the vocal. “Salute” quickly brings you into a world that you don’t want to leave.